Suicide is the cause of 13% of teenage deaths in the United States. It is the third largest cause of death, falling short of only accidents and homicide. This is a very scary fact, as suicide is not something you can predict the occurrence of easily.

The Impact of Social Media on Teens

In this day and age it is easier than ever to get caught up in not feeling good about yourself. In a previous blog we discussed social media and the difficulty of navigating it as teenagers. This comes back into play here, as social media is one of the biggest contributing factors to depression in adolescents. It tends to effect girls more than boys on the whole.

According to an article from CNN,Dorian A. Lamis, an assistant professor in the department of psychiatry and behavioral sciences at Emory University School of Medicine/Grady Health System, theorized that use of social media and cyberbullying may affect teenage girls more than boys, resulting in rising suicide deaths among older teen girls. “Some research has suggested that the timing of puberty in girls is a contributing factor for the increased suicide rate,” said Lamis, who was not involved in the new research. Puberty starts as early as 8 in some girls. The psychosocial and physical changes may leave girls “vulnerable to depression, anxiety and other psychiatric disorders earlier on in life.” These known risk factors for suicide may catch up with a girl as she grows older.

In 2015 the suicide rate among teenage girls rose to the highest it had been in forty years.

It can be difficult to know how to help, because it is so sporadic. The best thing to do is to talk to kids about how they are feeling, and look for signs of depression or self harm. The rate has doubled since 2007, which begs the question, “what happened?” Between 2007 and 2015, technology emerged as a much more prevalent aspect of society. Instagram, Facebook, Snapchat, and other “social media” related apps became a large part of life, particularly the life of a teenager.

While these tools were created with positive ideas, unfortunately it is easy for teenagers to get mixed up in cyberbullying and indulge in bad behavior when behind a screen. It is much easier to send someone a hateful message while sitting at home in your room than to say it to their face. Looking someone in the eye while hurting them is the part that stops people from doing so, but with technology we have completely eliminated the need for that, making it that much easier for people to be indecent to each other. 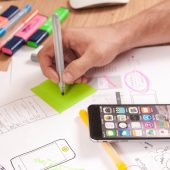